Prevention of Substance Abuse among Adolescents

HomePrevention of Substance Abuse among Adolescents

Prevention of Substance Abuse among Adolescents 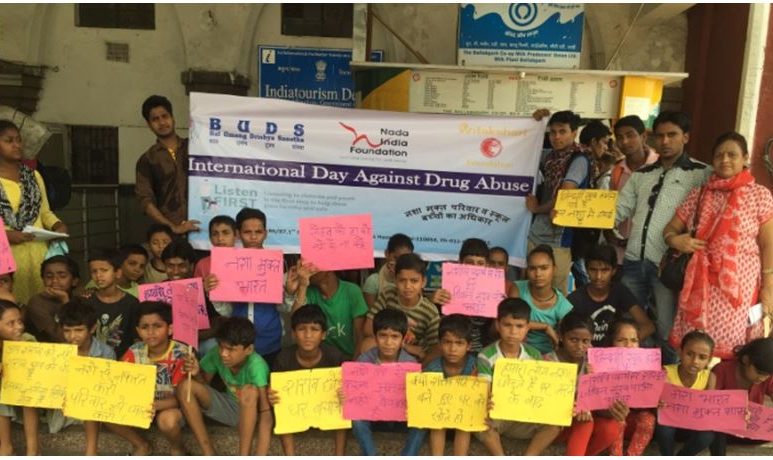 On the eve of International Day against Drug Abuse i.e on 25th June 2016, Antakshari Foundation, along with Bal Umang Drishya Sanstha (BUDS), and the associate partner Nada India foundation jointly organized an awareness rally against drug usage among the community. These organizations (NGO’s) are working in and around the area of Tis Hazari, Mori gate and also at Old Delhi railway station. The rally covered the overall area of 2kms and covered the areas like Rajendra market, Mori gate, Khanna market, Novelty bridge, Fateh puri and Old Delhi railway station.  The reason for selection of such area is because these area are very close to railway station and people here

are more vulnerable and their tendency to use drugs is much more than people living other places. During this awareness camp pamphlets were distributed among beneficiaries who live around these areas so that the written preventions on pamphlets create an impression on the subconscious of the people who can read.